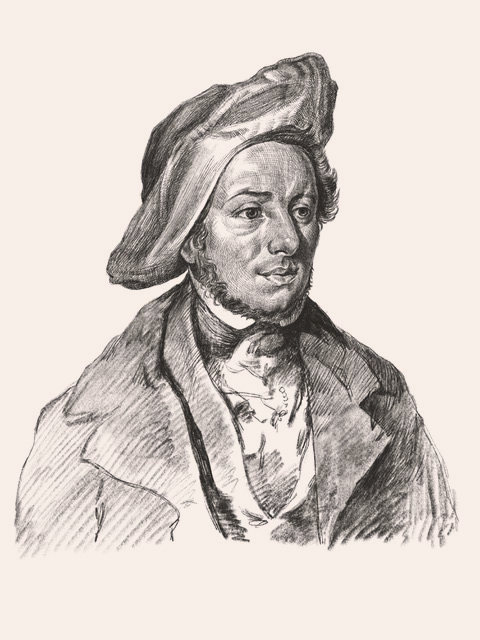 On his journeys which became The 24-Hour Soup Kitchen, author Stephen Henderson often imagined himself accompanied by the 19th century chef, Alexis Soyer.

Born in 1810 into humble circumstances in Meaux-en-Brie, France, Soyer rose to become the most famous chef in Victorian England.  A true bon-vivant, Soyer was an excellent singer, mimic, raconteur, and a prolific inventor of labor-saving devices for the kitchen.  He also essentially invented the “soup kitchen,” or a highly-efficient way of feeding masses of poor people, when he went to cook in Ireland in 1847, after the country was devastated by the great potato famine.

Every day, countless numbers of charitable chefs cook meals for hungry people around the world. Below are inspirational stories about a few of them. If you know of a gastrophilanthropist who you think should be recognized, please contact me: stephen@the24hoursoupkitchen.com 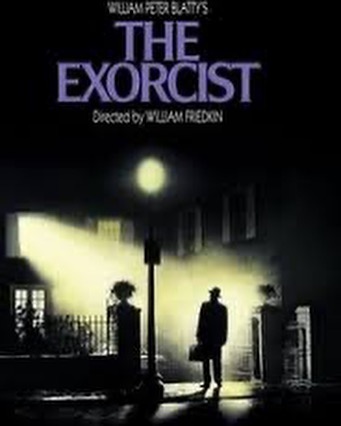 If you’re of a certain age, any viscous green substance (guacamole, say, or split pea soup) will probably make you think of an infamous scene in “The Exorcist” where a young girl vomits with projectile force. I have a further verdant association, as in 1998, when I was still a P.R. consultant with Radio City Entertainment, it was the 25th anniversary of this movie’s original release, and a celebratory screening was arranged at the Music Hall. As a surprise guest that evening, Ellen Burstyn, the actress who played the girl’s mother, agreed to appear. I was assigned to be her escort, and fretfully sat with her in the green room (!) for a few minutes before she went onstage. My nerves were jumpy because in my hand was a grocery sack containing a black Sharpie and half a dozen cans of Campbell’s split pea soup on which I’d been ordered to get Burstyn’s autograph. The plan was to give these away to a few fans out in the audience. I dreaded asking for this favor, as it seemed something of an insult. Burstyn is, after all, an Academy Award winner, and has starred in many excellent films besides “The Exorcist.” But, I did my job, and made the request. The look she gave in response — it wasn’t one of anger or hostility, more a grimace of humiliation — haunts me still. I thought of it yet again, and still felt regretful, as I made roasted cauliflower with a green pea chutney for today’s “VegeTuesday” lunch at the Salvation Army soup kitchen in Hudson. Sorry, Ellen! I don’t know what possessed me. 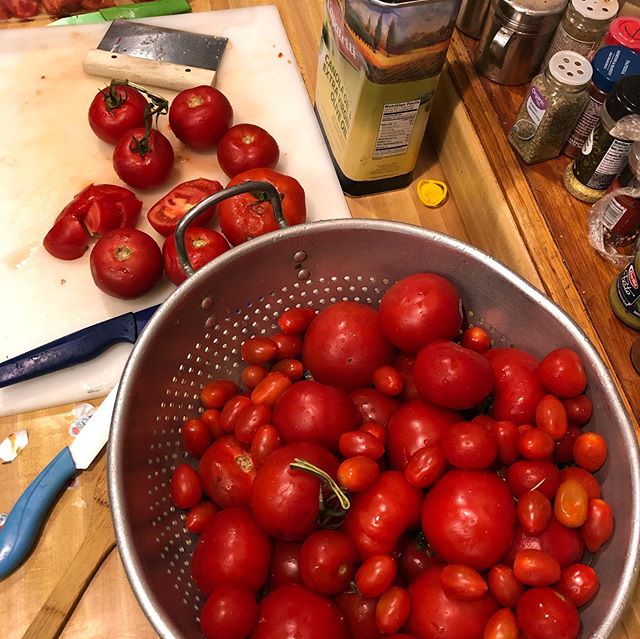 Necessity is the mother of … vegetarian entrees? Yesterday, I went to the Salvation Army soup kitchen in Hudson, to scour the walk-in refrigerator and see what food donations I would have to cook with at lunch today. What I discovered was a lot of overripe tomatoes and an astonishing quantity of eggs — maybe 40 dozen. What the cluck? My first thought was to make an Israeli shakshuka, but then I worried this might be fussy to serve. So, I devised a South Indian egg curry, where I hard-boiled the eggs ahead of time. Easy peasy. My goal for the future is to keep experimenting with meatless menus, which has caused me to mentally dub this luncheon as “Vegetuesday.” (Oh. And here’s a news flash on the cookie front. I gave a last minute tweak to the classic Tollhouse recipe, by using half whole wheat flour/half white flour, and added a cup of coconut along with the walnuts and chocolate chips. Yummy!) 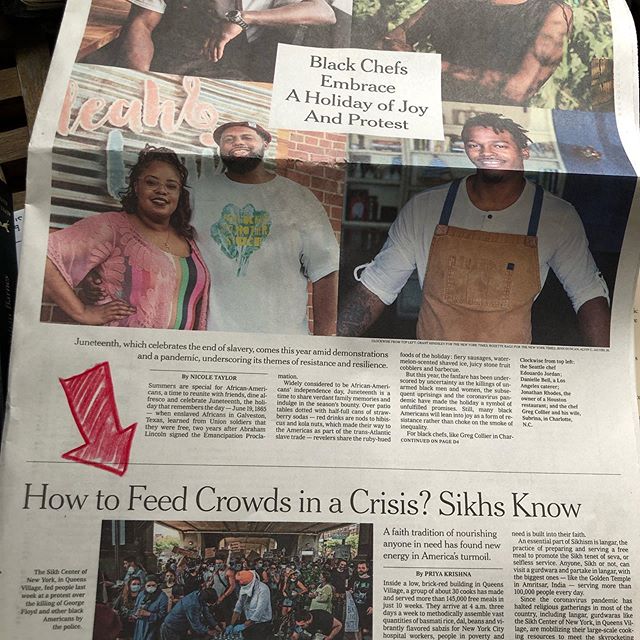 There is a wonderful story in the “Food” section of today’s New York Times about how the Sikh community is stepping up to feed people made hungry by the Covid-19 pandemic, as well as those marching in protest over the killing of George Floyd and other black Americans. Cooking at a Sikh soup kitchen in Delhi, India, set me on the path to writing my recently published book, so I am glad to see this remarkable tradition of gastrophilanthropy getting the credit it deserves. Sat Sri Akal! This is a greeting Sikhs commonly say to each other, and roughly translates as “God is truth.” 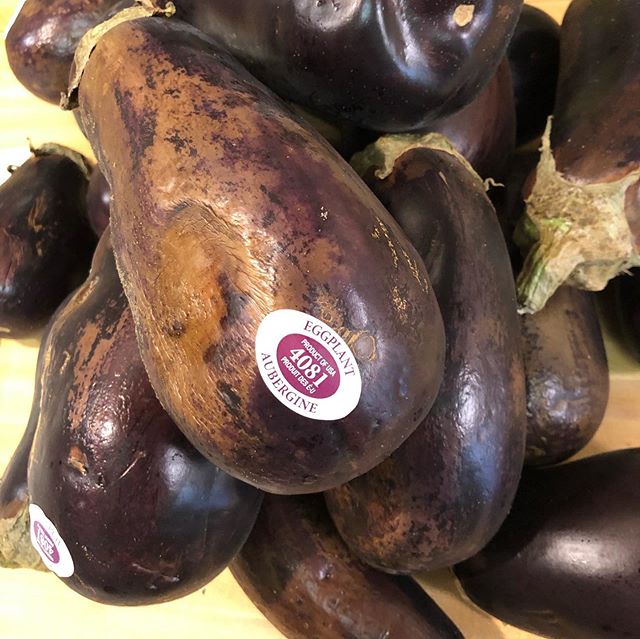 For many years, James and I lived in an apartment on Manhattan’s Upper West Side, where we gave the entry hall a dramatically dark coat of lacquered paint. Though much admired by most of our visitors, when it came time to move on, a real estate broker told us we’d never sell the place with a foyer looking like this. “What do you even call this color?” he asked. Stung by his critique, I somewhat tersely replied “Aubergine.” The guy’s forehead furrowed. “Eggplant,” I amended. This really caused his eyebrows to raise. “Why don’t we just say brown?” he said, “…and let’s repaint it white, OK?” I adore this story, and sometimes mock myself with it when I’m being too pretentious in my design terminology. Of course, I thought of it yet again this morning at the Hudson soup kitchen, as I hacked my way through several dozen brown vegetables in the process of making (Pretense Alert!) ratatouille. Why don’t we just say a vegetarian casserole? 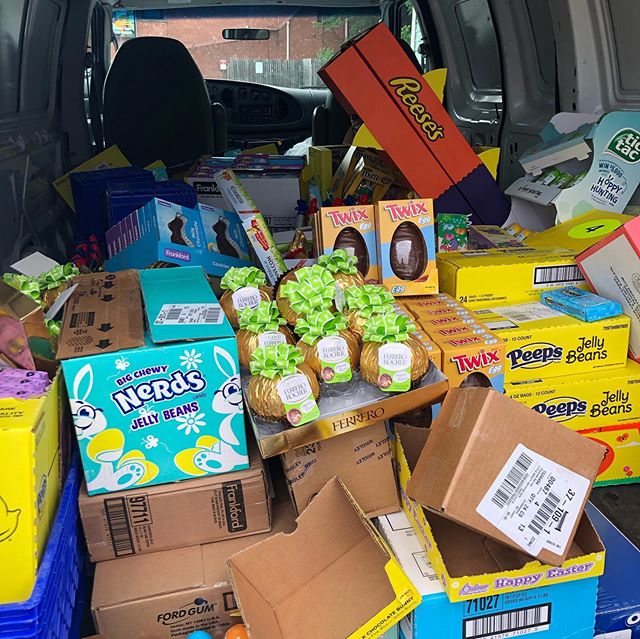 It was a rude shock to arrive at the Salvation Army soup kitchen in Hudson early yesterday morning, and see a delivery van had just arrived with a cargo load of donated Twix eggs, Ferrero Roche bunny rabbits, and Peeps jelly beans. Cities across the United States are aflame, peaceful protestors are being teared-gassed so the American President can hold up a Bible for a “commanding” photo op, and my way of showing Black Lives Matter is to help unload Easter candy? We are in head-spinning times, where images and events we’d previously thought unimaginable (or, at least found it possible to ignore) are now thrust into our faces. How we respond to this new reality is up to each of us to decide. Some will paint placards, others will march in protest. Godspeed to all of them! My life’s path has led me to a different place. At its most basic level, inequity is a question of hunger: some bellies are full, others empty. So, I fastened on my surgical mask and latex gloves, and got busy making something not only edible, but I hoped delicious, out of frozen salmon, ears of corn that were picked who knows how long ago, collard greens, and soon-to-be moldy strawberries. About 80 folks showed up to eat it. Forget the jelly beans. These are my Peeps. 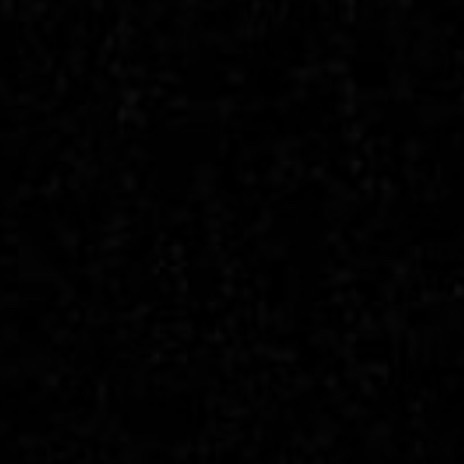 It is always darkest before the dawn.